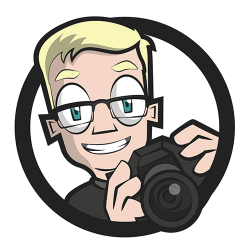 8 min read March 20, 2021 Free
PhotoShop has a new image upsizing algorithm. See what it does and how it performs against the competition.

Adobe recently released an update to their ‘Adobe Camera Raw’ PhotoShop module that had a new feature that caught my interest.

They call it ‘Super Resolution’. And it works well. Very well!

What Is Super Resolution?

Put simply, Super Resolution is a new way to make your photos larger (a process often called up-sizing, up-rezing or re-sampling). The new algorithm has been developing using machine learning and claims to do a better job than other tools.

My testing so far agrees!

It is only available in the PhotoShop Camera Raw module for now. According to Adobe it will come to Lightroom at a later date. Luckily, Camera Raw is able to process TIFF and Jpeg photos as well as raw files. I’ll show you how in a bit.

There are no options available in regards to how large you can make your photos. Super Resolution will double both the width and the height of your photo - which will increase the Megapixel count by a factor of 4.

So if your camera takes 12 Megapixel photos, Super Resolution will up-size them to be 48 Megapixel images. 24 Megapixels will increase to 96, and so on.

Why Do You Need This?

I don’t recommend that you go and up-size all of your photos just because you can. If you don’t have a specific reason to up-size your photos, you shouldn’t (I’ll get to the reasons in a second). Up-sizing your photos won’t magically make your photos higher quality or give you results equal to a higher resolution camera.

What it WILL do is make your enlargements the best quality that is currently available.

So, when should you up-size your photos?

The main reason you would want to up-size a photo is to print it at a larger size than it’s current number of pixels allows.

When you print an image, the printer’s software will always up-size the image to the printer’s native print resolution. For Epson printers this is 360 pixels per inch. If your image is has less resolution than that, it can often be better to use a high quality resizing algorithm such as Super Resolution than to rely on the printer driver doing it for you.

This especially applies to photos taken on older cameras that may have had a relatively low pixel count.

Maybe you don’t want a huge print, but you have cropped your image heavily in order to get a better composition (I’m looking at you, bird photographers!)

If your crop brings the resolution lower than the ideal printing size then using a high quality upsizing algorithm before sending the image to the printer will give the best image quality.

A 4K TV has a resolution of around 8 Megapixels. 8K increases that to a whopping 33 Megapixels.

If your image is of a lower resolution than the display then you will benefit from a high quality up-sizing algorithm.

Adobe have told us that Super Resolution will soon/eventually make its way into Lightroom, but for now it is quite buried in the menus of the Camera Raw module

Note that you can open any type of supported image in Camera RAW, so JPEGs and TIFFs should also benifit from this process as well as RAW photos (we tested it below)

2. Right click on the photo and choose the ‘Enhance’ option

Camera Raw will now generate a new .dng file with Super Resolution applied. You can edit the new file as you normally would in Camera Raw and send it to PhotoShop with the ‘Open’ button.

By default, Jpeg and TIFF files will open directly into PhotoShop and not the Camera Raw module. Luckily it is easy to get around this.

2. Navigate to the file you want to open and click on it once.

Now your selected photo will open in the Camera Raw Dialogue box and you can apply Super Resolution (or any other setting available in Camera Raw) to your image.

Super Resolution vs Other Up-sizing Software

Super Resolution is certainly not the first application to come up with new ways to up-size your photos. There are many other applications that do the same thing. Sadly I can’t list or test them all, but some of the most popular methods are:

I’ve run Super Resolution on a few different files to see how it handles different types of images and compared the results to PhotoShop’s normal resize functions, as well as Gigapixel AI. I will try and add comparisons to other programs in the future.

First up I took an image of an Australian Magpie. The photo below was taken on a D500 with a 500mm lens at ISO2000. There is a bit of noise present due to the high-ish ISO, but that is typical of nature photography. The uncropped image looks like this:

And below you can see the results of up-sizing using the three different methods. The below images are all 100% crops taken after upsizing. The image is over 4000 pixels wide so you might need to download it and open it on your PC to see the differences properly.

The first image used PhotoShop’s normal resize method (using the ‘auto’ up-sizing method) and is clearly the worst of the three. The fine feathers become a bit ‘mushy’. Second is the Super Resolution which has done a much better job of keeping the feathers sharp and detailed. The third image is the Gigapixel result which is very similar to the Super Resolution image, but with more contrast/sharpening applied which makes the image a little too ‘crunchy’ in my opinion. I tried experimenting with Gigapixel’s ‘remove blur’ slider to reduce the sharpening effects, but they all still came out with the crunchy look.

Super Resolution has done the best job on this image. Gigapixel certainly isn’t bad, and if you’re printing the image the differences would be very hard to spot. Both Super Resolution and Gigapixel did a much better job than the normal resize method.

A Cityscape with Buildings, Writing and Trees

Next I thought it would be good to see how Super Resolution handled a city skyline with plenty of straight lines and sharp angles.

Lets look at the enlargement results of the crane and building.

Once again, the standard up-sizing method is by far the worst result. Details and straight lines become fuzzy. Super Resolution resulted in much cleaner straight lines and gives a much more detailed result. The first Gigapixel image was processed in ‘Architectural’ mode with resulted in a massively over-processed image (even with the settings dialed right back). I also tried the ‘Standard’ mode which looks a little more natural, but still has major halos and artifacts around the buildings. (I also tried the ‘Architectural’ mode with the settings dialed back to reduce the artifacts: it turned out almost identical to the standard version.)

The same image also has some (large) text on the side of the buildings so I wanted to see how that was handled.

The story is the same here. Standard up-sizing results in soft details, Super Resolution looks quite good and Gigapixel results in major artifacts.

Finally for this image I wanted to see how each algorithm rendered the foreground foliage.

I’d hate to sound like a broken record here… but once again: Standard up-sizing is quite soft, Super Resolution is much sharper and Gigapixel makes everything crunchy.

Since the Super Resolution algorithm will work on both RAW and RGB Images I thought it would be good to see if it handles the different file types any differently.

You can do this as many times as you like, however I wouldn’t recommend it. You will get MUCH better quality from alternative programs (like Gigapixel AI) if you need more than 4x the resolution.

Super Resolution is much slower than using traditional up-sizing algorithms. However, during my testing I found it much faster than Gigapixel AI. Super Resolution would take well under a minute to up-size my 20-24 Megapixel files, where Gigapixel AI would take around 5 minutes on my powerful photo editing PC.

You shouldn’t have to wait too long on any modern PC.

From my testing I am so far convinced that PhotoShop’s new Super Resolution feature is the best up-sizing algorithm that I’ve tried.

It is certainly able to produce very high quality enlargements with four times the number of pixels of the original image. The images have much more detail when up-sized with Super Resolution when compared to more traditional methods. The images also don’t suffer from the same image artifacts that plague those up-sized with Gigapixel AI.

In it’s current form, it does have a few downsides. First and foremost is the fact that it is only available in PhotoShop camera Raw which makes a Lightroom based workflow awkward at best. The feature should be introduced to Lightroom at some stage which should help this issue. The other, albeit minor, problem is that there are no options in regards to image size. It’s 2x width and height or nothing. If you want something smaller then you can always up-size and then downsize slightly with no real quality loss - but it would be better to choose the right size from the get-go.

Get notified when we publish interesting things
Press ESC to close.
You've successfully subscribed to Square Pixel Photography
Great! Next, complete checkout to become a paying member.
Welcome back! You've successfully signed in.
Success! Your account is fully activated. Thank you for your support.
Error! Stripe checkout failed.